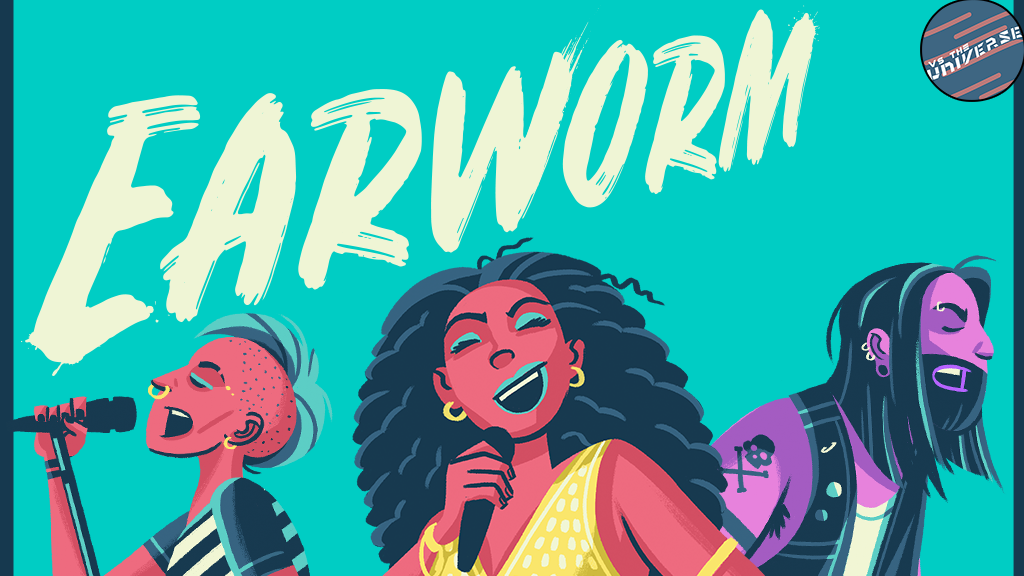 Do you want to party with us tonight?

Join us on the ONE SHOT Twitch stream tonight at 7:30 CDT for a rousing game of Earworm! We'll be joined by some very special guests like...

Head to www.Twitch.tv/OneShotRPG tonight to tune in! We'll be playing til about 9:30-10p.

What's that? A Guilty Pleasure song?

Laura's up next! And she wanted to make a little video vocalizing her choice...

From Laura: ""Invisible Touch" by Genesis is my guilty pleasure song! I love this song because it's so upbeat and fun. Also, I used to twirl baton to it in my neighbor's driveway as a kid!"

Only one more Guilty Pleasure song to be revealed now! That will be revealed by Sam in the final week of the campaign...

See you tonight on Twitch!

We've got the second round of songs voted in by backers, and they are GOOD ONES!

The White Stripes and The Tokens were very close behind these picks! Will they win the next round? Only time will tell...

AS A REMINDER: If you haven't already submitted songs in the comments section then now is the time to do it! Every backer gets THREE SONGS they can submit!

AS A SECOND REMINDER: We'll be streaming Earworm on the ONE SHOT Podcast Network this Thursday at 7:30pm CDT! Tune in to twitch.tv/OneShotRPG to watch! We'll be welcoming special guests Darcy Ross, Liz Brodzinski, and Brian Holden to play with us!

AS A THIRD REMINDER: We'll be demoing the game at C2E2 this weekend! Find us on the show floor at the Cards Against Humanity booth located at Booth 217 at the entrance to the show floor on Saturday 4-6 and Sunday 10:30-11:30. If you can beat us at our own game then you may get a prize...

Have a great week! You're great!